Are you a victim of Fake News? 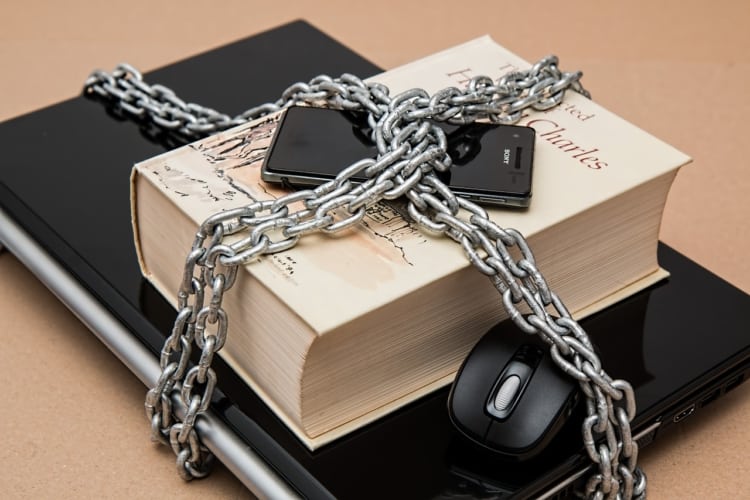 One of the many, many things I love about Homeopathy is the community spirit that it invokes – a sense of connection, support and the ability to make better choices for myself and those I love. When I say community spirit, I’m really talking about connection both with others, with the earth, the sky and all of nature and most importantly with myself.  This connection and the knowledge that accompanies it, is what enables me to make informed choices, because I know what makes me healthy and what makes me ill.

As a Homeopathic Practitioner, I am in daily contact with other Homeopaths all over the world – thanks to the internet & social media. We share our clinical findings, observations, learnings, news and research. We support and encourage each other so that we can help as many people as possible to the very best of our ability. Many people would have you believe that this community of like-minded souls is tiny – not true – Homeopathy is the second most popular system of medicine in the world (the first being Herbal Medicine).  You, dear reader, are part of a huge wider community – one of millions of people worldwide who have used Homeopathy and continue to use it for a huge variety of health issues.  We use it because it works!  We use it because it’s cost effective and we find – invariably – that using it changes our lives for the better.

We are able to choose Homeopathy, because mostly we live in countries that, (on paper), operate a system of democracy and freedom of speech. This means a society that honours many different ways of thinking, beliefs and ideas, that it allows for them all to co-exist side by side. There is freedom of choice, supposedly, and Jack does not have to choose the same way of life as Jill if it doesn’t suit them.

But, I’m sorry to have to report that this freedom of choice – in many areas, but particularly in Healthcare, is being eroded, by stealth mostly, and by the use of what we have come to refer to as Fake news. Anyone choosing a system of medicine that isn’t Pharmaceutical medicine based, is publicly ridiculed, attacked very aggressively verbally, and in some countries, particularly the US, can even run the risk of being prosecuted or having their children removed from them.  Pharmaceutical Medicine has become the Big Brother of Healthcare and given powers far beyond what they should be entitled to. I have written previously about how this has happened (see my Blog ‘Modern Day Healers’), so will not go into it here.

What is also happening, much more insiduously is the media drip feeding of fake ‘science’ and ‘research studies’ that claim to have found that systems of medicine such as Homeopathy are not effective. No one bothers to look at this so-called research or examine who paid for it, how it was done and even whether it’s methods stand up to scrutiny. Most of the news stories of recent years based on these studies discrediting Homeopathy, have actually been discredited themselves and not even by Homeopaths, often by their peers! But somehow this is never reported, no apology is ever issued and the collateral damage to Homeopathy, both individually and collectively, is done. The studies are picked up like a baton and passed around from government to government, country to country and presented as “The Science” and “Facts”.

The most recent example is a study commissioned in Australia by the Australian National and Medical Research Council (NHMRC)  and published in March 2015. This is the Information Paper on homeopathy, commonly referred to as ‘The Australian Report’ and it concludes that “…there are no health conditions for which there is reliable evidence that homeopathy is effective”.

This report triggered headlines around the world falsely suggesting NHMRC had found that homeopathy doesn’t work for any condition.

However, it wasn’t until after the report had been released, and headlines generated, that the alarming flaws in NHMRC’s approach to the Homeopathy review were brought to light. The most serious scientific breach… NHMRC did the review twice, only publishing their second attempt.

FOI requests revealed that a member of NHMRC’s expert committee overseeing the review process – Professor Fred Mendelsohn – confirmed the missing report to be high quality saying, “I am impressed by the rigor, thoroughness and systematic approach given to this evaluation [….] Overall, a lot of excellent work has gone into this review and the results are presented in a systematic, unbiased and convincing manner.”This first report which found that there was indeed evidence to support the efficacy of Homeopathy was buried, and a second report commissioned and eventually published, which found the opposite of the first report – that there is no evidence to support the efficacy of Homeopathy! Not only is this highly unprofessional and, some are claiming illegal, but the perameters used to undertake this second study were so narrow as to exclude all but 5 studies! Also these narrow perameters have never been used before by the NHMRC!  The dubious manner in which this second report was conducted meant that peer review journals refused to publish it.

An Ombudsman challenge is currently in progress, requiring NHMRC to answer charges of scientific misconduct, procedural breaches, bias and conflict of interest. It is great to see democracy in action, holding NHMRC to account, but in the meantime the Australian Report continues to do unfair damage to the sector.

The Homeopathic community worldwide have now come together to call for the first study to be made available, there is a petition and a facebook group and website. For more information please go to https://releasethefirstreport.com/the-full-story .

So why am I telling you this? Well, if you are someone who is using Homeopathy or even just interested in it or that you believe in freedom of choice and freedom of information, then we need you to join together with us to start drawing a line in the sand and letting your voices be heard. There is nothing more powerful than like-minded people coming together and unifying over a shared cause, it can actually even achieve it’s goals with very little money behind it. So if you care about truth, honesty, transparency and being given all the information, then please add your name to this petition. Please don’t dismiss this as only being relevant if you live in Australia – this study is being used worldwide to try and eliminate choices from you.  Fake News like this is used as a reason to cut health insurance cover, remove therapies from public Health systems, shut down educational courses & colleges and reinforce the belief that there is only one true system of medicine – pharmaceutical medicine.  It doesn’t matter actually even if you personally don’t use Homeopathy or if you are still undecided about it, this type of deliberately misleading study and lazy media reporting has been used for all sorts of other areas – all designed to hoodwink you into believing what you’re told. How are you or any of us able to make informed choices when all you have access to is lies and half truths? Wouldn’t it be better to be able to make your choices because you are in possession of the full facts instead of being victims to Fake News?

To show support for your fellow Australians click here.

To watch an informative documentary on Homeopathy or perhaps host a screening of it click here.