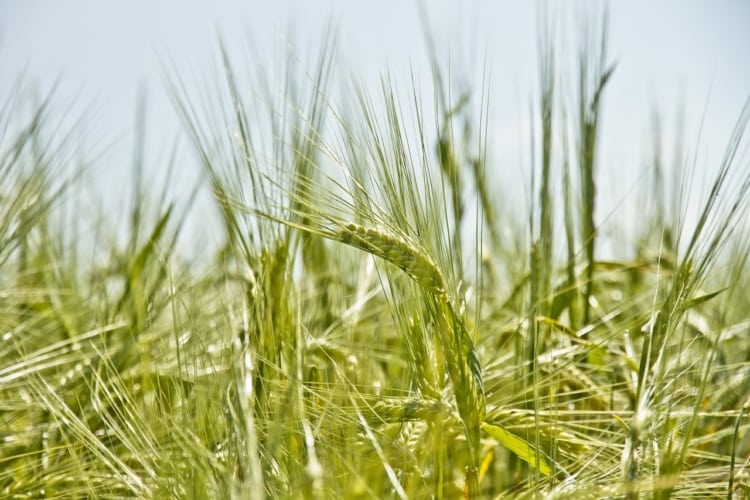 Every spring/early summer – & all year round – I treat lots of people with Hayfever and other allergies that they attribute to pollens, grass seeds and other outside irritants. Symptoms can vary hugely not only in their detail but in their intensity and frequency, from being mildly irritating to completely debilitating. In the majority of cases Homeopathic remedies can provide significant relief to existing symptoms, but the most effective treatment of Hayfever and other Allergies is to to look deeper than the top layer and establish why people are sensitive in the first place.Treating on 2 levels is essential – eg using Homeopathic Remedies during the season/times when symptoms are present, but also andjust as importantly undergoing deeper acting Homeopathic treatment in the seasons/times when symptoms are not present. This means that the underlying vunerability of each person can be addressed, treated and strengthened whilst the system is able to focus and use healing energy efficiently, so that any symptoms then get less and less invasive and debilitating season by season. In my experience this usually takes an average of 2 or 5 years before each person no longer suffers from Hayfever, with noticeable improvements with each passing season. It has the added advantage of enabling improvements to general health since addressing gut issues and immune responses is ofcourse not confined to a single area of a persons health.  This positive track record is echoed amongst Homeopathic Practitioners world wide and, along with Pregnancy, Hayfever is probably the most common reason for people to seek out help from a Homeopath. The Pharmaceutical approach is mostly varying degrees of Anti-histamine use, ie turning off the immune response that is being triggered by the irritant, which can make for drowsiness, and over time can damage our kidneys. There are specialist clinics investigating testing for the exact irritants with a view to you then eliminating them from your lives – not always practical. There are also various protocols of de-sensitising people with the use of injections of small amounts of the allergen, with mixed results. Interestingly a large study several years ago found that rather than injecting these allergens, putting them in water under the tongue seemed to work just as well!

Allergies generally are on the increase and have reached almost epidemic levels particularly in the US, but no one seems to be asking why. However once we understand what an Allergy is and we look at each persons health history in depth – which a Homeopath does as a matter of course- it is often quite easy to see where such sensitivities come from.

Pretty much every response or process by our bodys is the most sensible course of action given the existing set of circumstances, so what exactly are our bodys doing when we have an allergy? It is an immune response designed to protect us from possible harm from a foreign body or substance. All the ‘symptoms’ of any allergy involve confining or eliminating the allergen – sneezing, watery eyes, lots of mucus production, inflammation/swelling and skin rashes. However all these responses have become over the top, magnified, like an emergency response to something life threatening. Generally seeds, pollen, dust etc will not kill us if we ingest a bit so why the OTT response?

Allergies have their roots in the fact that at some stage a toxic amount of a similar substance has by-passed the bodys natural defence strategies and got into the inner sanctum – the blood supply at the very least. Foreign particles contain proteins that are alien to our systems and therefore represent potentially lethal damage to our essential organs. Our digestive tracts and immune responses are hard wired to do everything to stop any dangerous threats slipping through into the blood stream and potentially causing havoc with the organs and systems deep inside us, without which we cannot function. 80% of our immune system is based in our guts and that is why it is essential that they are working properly. However more and more now, our guts are not working properly and substances seep through the linings of the gut and into the blood stream, or we by-pass it altogether by injecting direct into the blood stream.  So foreign proteins are in the inner sanctum and the body goes into an emergency response to try and neutralise them and contain them and get them out. What then happens is that our systems remember these foreign invaders and then every time something similar comes along and into our system, the body goes into emergency response again. It doesn’t even have to be the same particles, just close enough for your body to mount a defence strategy. Thats an allergy.

By example I will point you in the direction of peanut allergies – before 1900 reactions to peanuts were unheard of, today almost 1.5 billion children in the US alone have allergies to peanuts. One study links this directly with the use of peanut oil in vaccines as an excipient (its cheap and readily available). In the 1940’s peanut oil was used in injected Penicillin, and soon after allergies to penicillin became common. By the 1980’s peanut oil was used in all vaccines and in the 1990’s, peanut allergies reached epidemic levels. These rises correspond exactly to the rise in mandated vaccines, (in the US), from 20 in 1980 to 40 in 1995 and 68 in 2011.

Allergies to strawberries and other low growing fruits have also risen – these fruits and other produce grown close the the ground are vunerable to pests like slugs & snails etc and are therefore very heavily sprayed with pesticides, which are responsible for wrecking our guts and leaking into the blood stream. Pesticides are also widely used on a number of farmed crops so that anyone living nearby will be breathing them in, as well as have them in local water supplies and the edible produce itself. Roundup which has been identified as a major carcinagen, is used in domestic gardens too to kill weeds – perhaps it is killing more than just weeds! There is also a rise in domestic pets getting cancers – Can this really all be just coincidence?

The good news is that with the right action and a dedication to your own wellbeing you can turn allergies around and live much healthier lives:-

Incidentally  I am not underestimating the potential seriousness of some peoples allergic reactions, a dear friend of mine had to carry an epi-pen around for years in case of bee or wasp stings. However she eventually got fed up with not being more pro-active about her health and underwent Homeopathic treatment. She no longer needs to carry an epi-pen but carrys a remedy called Apis instead which greatly reduced her symptoms during treatment. After years of being terrified of being stung and the inevitable following reaction, she can’t let go of not having something ‘just in case’! She is meaning to go back to her Homeopath to work on letting go of that fear, but that’s another story………….!